Erin Vollmer is a speech language pathologist and co-founder of TherapyWorks, she has been practicing in pediatrics for over 20 years. It has been long understood that children develop language though play. As Speech Language Pathologists, we use this notion to drive our therapy with many of our children. You will often see us on the floor, pretending and imagining with our youngest clients; a highly effective strategy to elicit speech and language development along with so many other skills. Observing a child’s play skills provides insight to a child’s language development. With the idea that play represents and facilitates a child’s language development, it is essential to be mindful of our child’s play skills. To do so, it is important to know what milestones and stages of play we can expect as our children grow and develop.

6-8 months: Infants age six to eight months are beginning to explore the world around them. Infants begin to engage in exploratory play, manipulating objects without meaning. Infants engage with objects through mouthing, banging, or dropping objects.

12-18 months: After a child turns one, symbolic play emerges. At this early stage of symbolic play, children often imitate their daily routines using only real objects. For example, a child may pick a comb and pretend to comb his/her hair or take a cup to pretend to drink.

18-24 months: As a child approaches his/her second birthday, symbolic play further develops. Continuing to use real objects, children will now include other people and objects in their play. Play schemes and sequences emerge. For example, a child may use a bottle to feed a doll, put the doll in a bed, and tell the doll goodnight. The play scenario continues to reflect his/her daily routines.

24-30 months: Until this point, children have only used real objects for expected purposes. As a child’s symbolic play grows and develops, the child begins to use one object to represent another. A common example of this includes using a banana as a phone. A child may put the banana to his/her ear and say hello. As a child uses one object to represent another, the child displays evidence of planning prior to engaging in a play sequence.

30 months-5 years: As a child approaches his/her third birthday, sociodramatic play develops. A child will not engage with other children to involve other parties in his/her play schemes. Children will develop themes, such as to play doctor, and use language more flexibly. Children will establish roles, such as patient and doctor, and use language to establish these roles. Children are engaging with one another to fulfill this play scheme.

If you have concerns about your child’s play development or would like to consult with us, please don’t hesitate to reach out to TherapyWorks experienced team of pediatric therapists!

Are you interested in services for your child? Founded by Michelle Worth and Erin Vollmer, TherapyWorks provides speech, occupational and physical therapies in-home and via teletherapy. 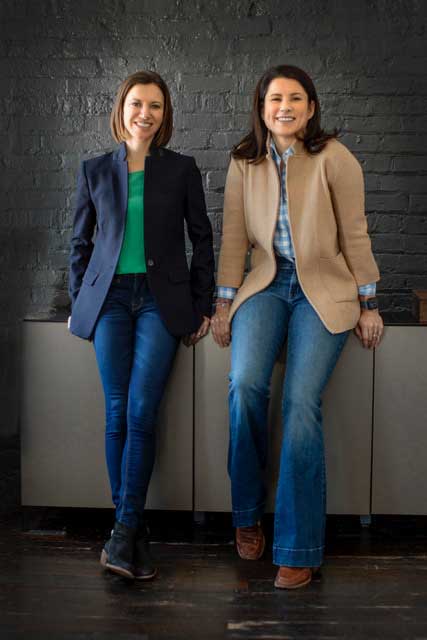 How to Power Down: Tips to Manage Device Time for Kids Enter your email below to receive our monthly newsletter.